1967 to 1971 was a wonderful time to be an undergraduate student in the United States. I trust I don't have to explain why. Upon graduating, I wanted to do just about anything but continue formal education. I traveled with my father through South Africa and Namibia (then still Southwest Africa); hitchhiked through North Africa and Europe; worked for a small press and a free school in Florida; hitchhiked and lived in various places in the United States, often working part-time or seasonal jobs. Even did my obligatory stint of living on the land (in Georgia). In 1974 my future wife (Christine Farris) and I moved to New York and lived there for a few years, where I worked in the late, lamented 8th Street Bookshop; we married in Reykjavik, Iceland, in 1977, and moved to Seattle, Washington, in 1979. All the while I continued my self-education, in part by "attending" the Ezuversity, that is, by reading as much of Ezra Pound as I could comprehend and by studying everything I could find on his various recommendation lists: Jefferson, John Adams, and Henry Adams' brother, Brooks; the history of the Italian Renaissance (e.g. Adrian Stokes on Malatesta's Tempio in Rimini); the economic reformers (or, if you prefer, cranks) C. H. Douglas, Silvio Gesell (of momentary Münchener Räterrepublik fame), Alexander del Mar; the German anthropologist and Africanist Leo Frobenius; and of course Pound's literary compatriots, above all Ford Madox Ford and Wyndham Lewis. While in Iceland and thereafter I immersed myself in the Icelandic sagas and the poetry of the Eddas. I also read German literature, especially Brecht, and listened to music incessantly, including Weill. (Three times I saw the New York Shakespeare Festival's 1976 production of The Threepenny Opera in Lincoln Center, starring Raul Julia, Blair Brown, and Ellen Greene. I wish I could see it again – not to mention be in my mid-20s again.) In Seattle I read a good deal of local history. All of this, I suppose, prepared me for graduate school, but don't ask me how. Thinking I would become a medievalist with a side interest in linguistics (Chomsky caught my fancy in Iceland), I entered the Ph.D. program in German at the University of Washington, but soon fell under the spell of that department's strength at the time: Romanticism, intellectual history, literary theory.

The 1980s were a time of much intellectual anxiety in German departments, or so it seemed to me. The self-confidence (if not self-righteousness) of Marxism and apparent sophistication of Gadamerian hermeneutics were aggressively challenged by the new French Revolutionaries crossing the mental Rhine. Whether we were drawn to them or not, we all had to read Derrida and doubt Gadamer, read Foucault and doubt Marx, read Lacan and doubt our own sanity. Ernst Behler, in his truly astounding, majestic way, showed us how much the French relied not only on Heidegger, Nietzsche, and German Idealism, but also – of course – on Friedrich Schlegel, which reassured us that not all was lost. In the meantime, I stumbled upon (and at first very much stumbled over) the work of Niklas Luhmann. Here was my escape hatch out of the theory wars of the decade. I devoted myself to Luhmann much as I had to Pound, only now of course in an academic and professional manner. My dissertation on late 18th-century pedagogical reform movements (under the direction of Jeffrey Peck) soon morphed into my initial forays into understanding the implications of systems theory for the type of intellectual work I wished to do. By now I had lost all interest in writing about literature. I had become a dreaded "theorist," though of course not in the conventional poststructuralist or Frankfurt School manner.

Throughout the 1990s I published primarily on Luhmann and often tried to triangulate his descriptions of modernity with those of Habermas (earning a reputation of being a Habermas basher, which, alas, I still am) and the poststructuralists, especially Lyotard (who, unfortunately, seems now to have disappeared from the theoretical landscape). This work culminated in Niklas Luhmann's Modernity (2000) and the collection of Luhmann's essays I edited, Theories of Distinction (2002). I am still proud of these works, perhaps especially the introduction to the latter volume. But in the late '90s a new Virgil guided me to quite different yet strangely familiar horizons. Having been nurtured on Pound's and his confreres' fulminations over the futility of World War I and the peace settlements that followed, and having found in Luhmann a decided rejection of the self-validating moralizing that often comes with "critical-theoretical" interests, I recognized Carl Schmitt's improvisations on some of the same changes and found them appealing. Like so many others I was first attracted to his no-nonsense definition of the political and his skepticism regarding the "idealism" of interwar global liberalism. This led me initially to use Schmitt in an examination of the "West's" historical and continuing relationship to the rest of the world. I've always been rather startled to see Schmitt seen as some sort of forerunner to US neo-conservatism. To me – and despite contemporary European protestations to the contrary – he demonstrates the all-too-clear continuity between what the brilliant international legal scholar Martti Koskenniemi dubs "rational" and "cynical" imperialism. When it comes to the "universalism" of Western political and legal norms, the true believers are no less dangerous than the cynics. The dots of this particular constellation of stars (Pound, Brecht, Luhmann, Lyotard, Schmitt…) may seem to you to trace the outlines of a strange political beast that finds little solace in conventional ideological configurations. And it is true that I was brought up in a moderate Republican household (back when Republicans were actually conservative, that is, cautious); but ever since the Civil Rights movement of the mid-'60s and the anti-war movements that followed, I have never given up my leftist commitments, though their formulation may seem skewed (or even screwed) to fellow travelers. I take pride in this too.

I've given the impression that throughout my life the penetrating voice of some Tiresias or another has possessed my imagination and directed my speculations, and this may be true. I seem to be seized by a body of thought and work my way through it on a wave of enthusiasm – critically, to be sure, and carefully, and as precisely and clearly as possible, but carried by enthusiasm all the same. Then, with time, comes some distance. I never abandon my guides, never deny them, never cease to work with and on them, but also never again carry their banner with quite the same naïve fire as before. Admittedly, quite often the best work comes when gripped in rapture, but with coolness comes also the space to move on.

And to where am I moving? This remains to be seen.

My teaching is first and foremost centered on intellectual curiosity. I have no desire to create replicas of myself (though I have no qualms about students learning something from me) and have a Weberian belief (admittedly imperfectly-realized) in the necessity of bracketing one's own commitments in the service of presenting a variety of viewpoints to both undergraduate and graduate students. One's choice of topics and texts necessarily entail particular perspectives, but I attempt to incorporate opposing views and represent them as strongly as I know how. I confront Luhmann with Habermas, Schmitt with Strauss, Brecht with Ernst v. Salomon, and take pains to point out the weaknesses of my "heroes" as well as the strengths of those with whom I may profoundly disagree. That said, I never disingenuously disavow my beliefs, nor could I. I simply believe in giving each student an opportunity to engage on an equal footing in all discussions. Those are my aims, even if actuality, alas, may never live up to aspirations. In short, I have faith in a classically liberal education. Like all faith, this one too is based on a leap. I make that leap every semester.

On the undergraduate level I have tended of late to teach more English-language courses than German-language ones. I believe the Department has much to offer those who do not know German yet have an interest in German literary, cultural, and intellectual history. I have taught a course on Nietzsche, Weber, Freud and the Idea of Europe. In German I have also recently taught a course on the German Experience of War. In the past I have taught German-language courses on the Enlightenment, on the role of religion in 18th and 19th-century Germany, and on political theater. I would like to reprise some of these in the near future.

On the graduate level I enjoy designing seminars that introduce students to various intellectual (philosophical, social-theoretical, political) traditions that might help make their study of German literature and cultural richer and more rewarding. I welcome students from different disciplines, often taking pains to make sure the texts I select are available in English translation. In recent years, for instance, I have taught seminars on theories of modernity and on the German idea of Bildung. Michel Chaouli and I coordinated seminars during academic year 2005/'06. He taught Kant's Kritik der Urteilskraft in its entirety in the fall and I followed up in the spring with a seminar on political judgment that started with Kant's political essays and ended with works by Hannah Arendt and Jean-François Lyotard. I also teach literature. I thoroughly enjoyed the course on Berlin in the 1920s which included weekly film showings and have also taught versions of a course on political violence (literary and critical reactions to the French Revolution and Napoleonic Wars) that has also included films. Fall 2008 I will co-teach (with Ed Comentale in the English Department) a course on selected facets of German and Anglo-American modernism – a chance to teach (or watch Ed teach) Pound and Lewis in the context of Nietzsche, Wittgenstein, and Brecht, among others. Suffice it to say that even in the literature courses that I teach, philosophical and political-theoretical concerns are never far from the surface. 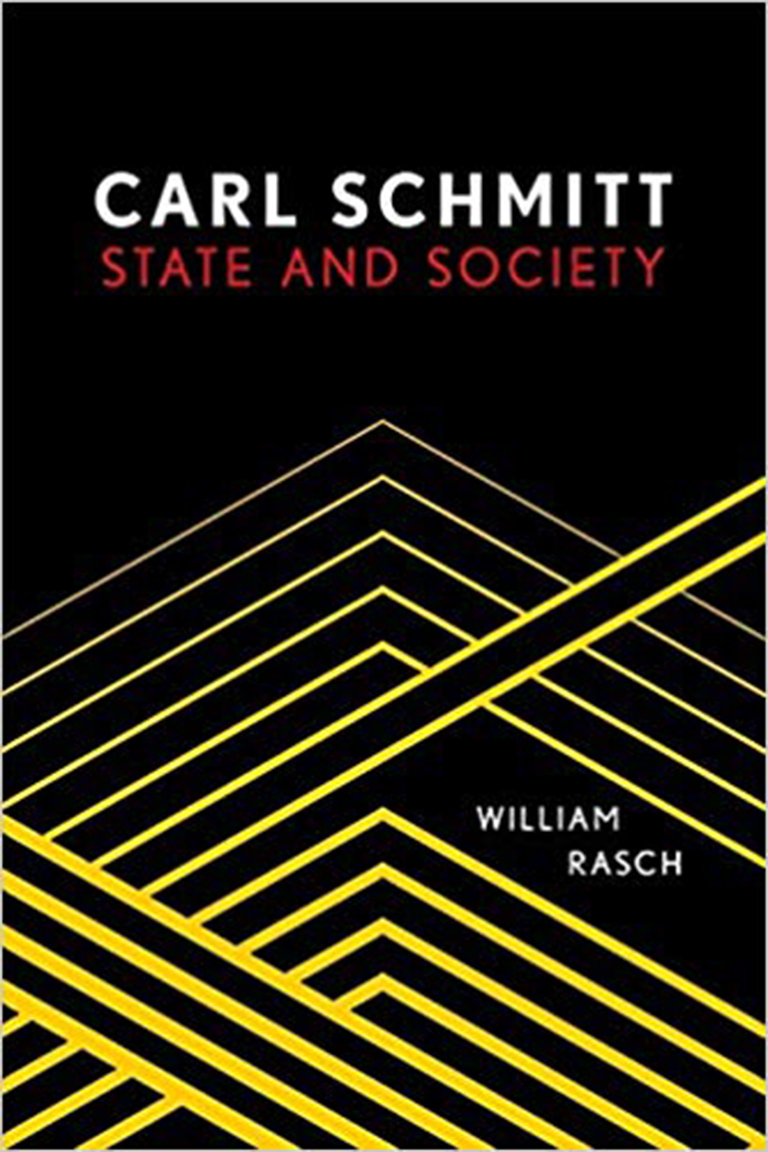 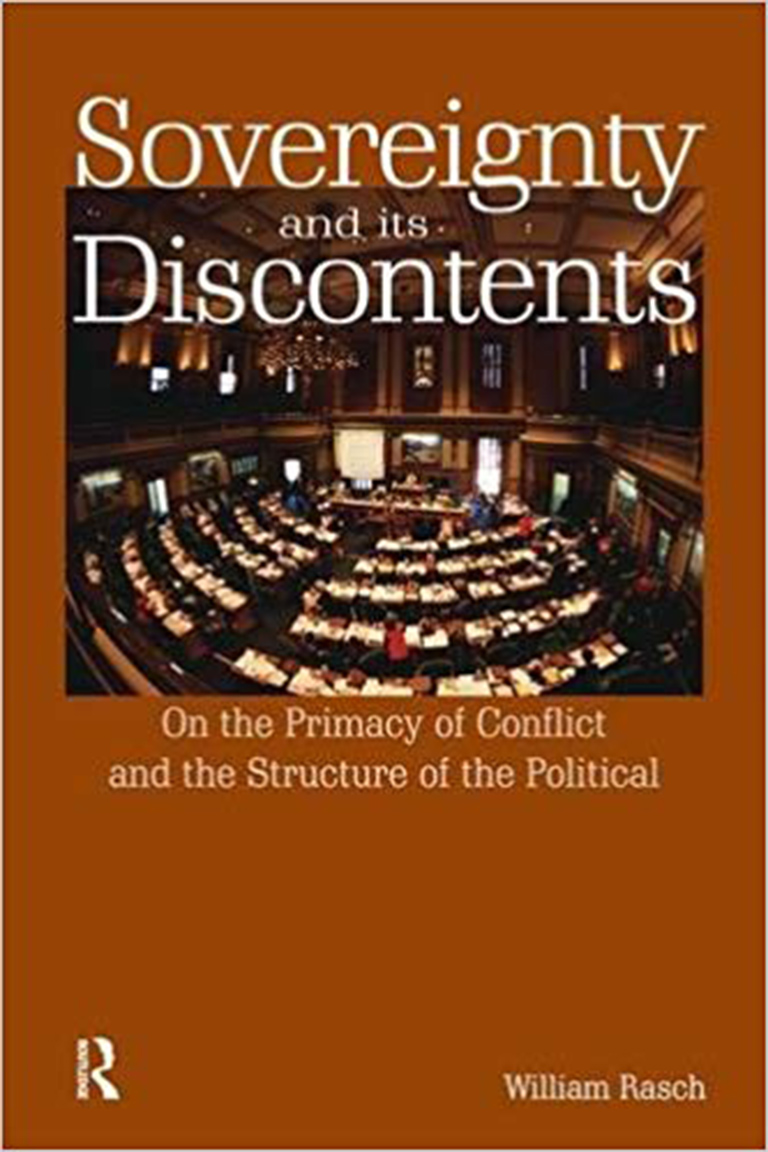 Sovereignty and its Discontents

On the Primacy of Conflict and the Structure of the Political 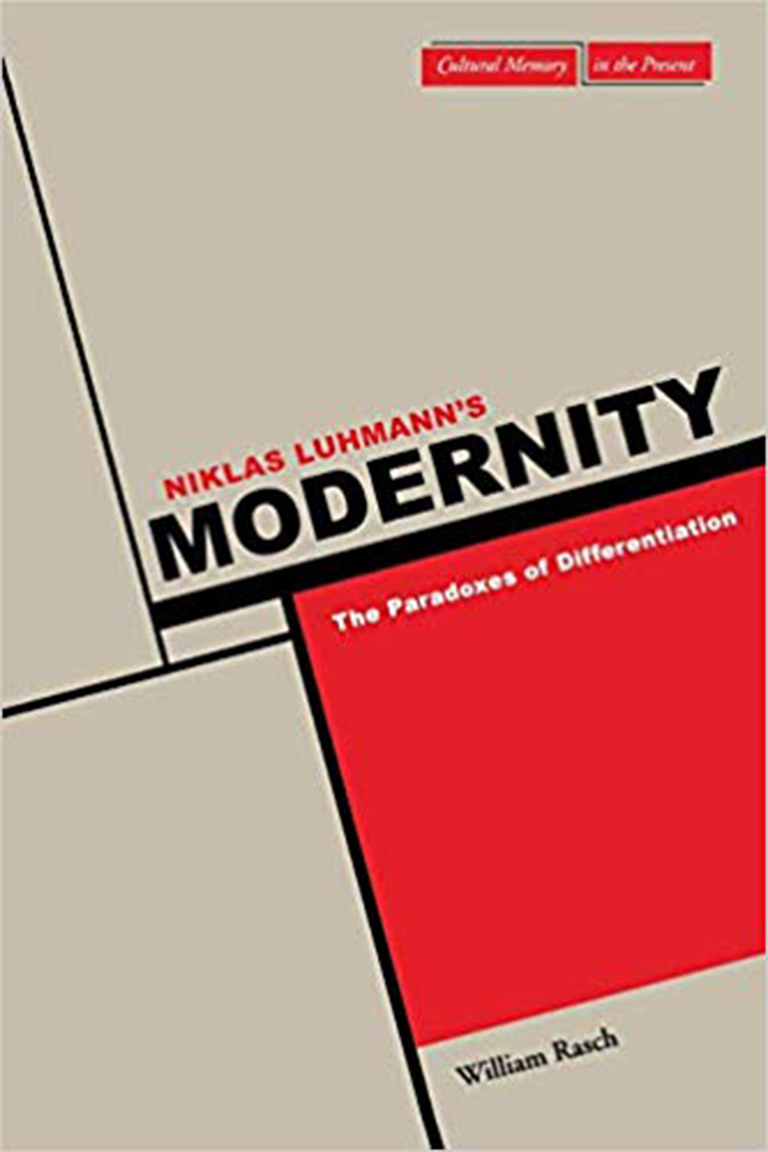 The Paradoxes of Differentiation