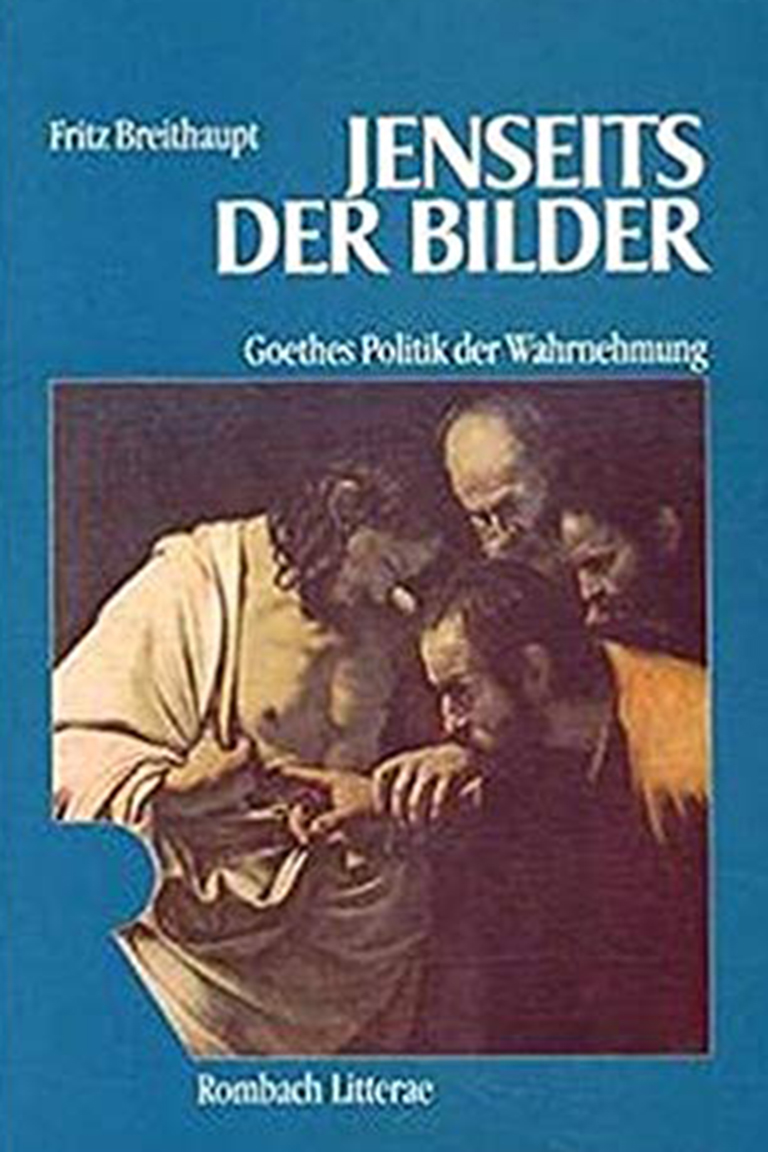 Fritz Breithaupt’s first book, Jenseits der Bilder: Goethes Politik der Wahrnehmung [Beyond Images: Goethe's Politics of Perception] appeared in 2000 (Rombach Verlag) in a series edited by Gerhard Neumann. The book attempts to determine the political dimensions of Goethe's varying theories of perception in both his literary and scientific writings. Goethe is perhaps the first author who considered "viewing" to be a culturally coded act. While most readers consider Goethe's changing theories of perception simply as inconsistent, the hypothesis is that his constant revisions are part of his program to prevent the totalization of one single theory of perception and the reduction of possible realities to the one reality. For Goethe, the corrective power of the aesthetic is the political. In his review of the book, Géza von Molnár generously writes that the "presentation of the Elective Affinities . . . will hold a place of equal importance with Walter Benjamin's."