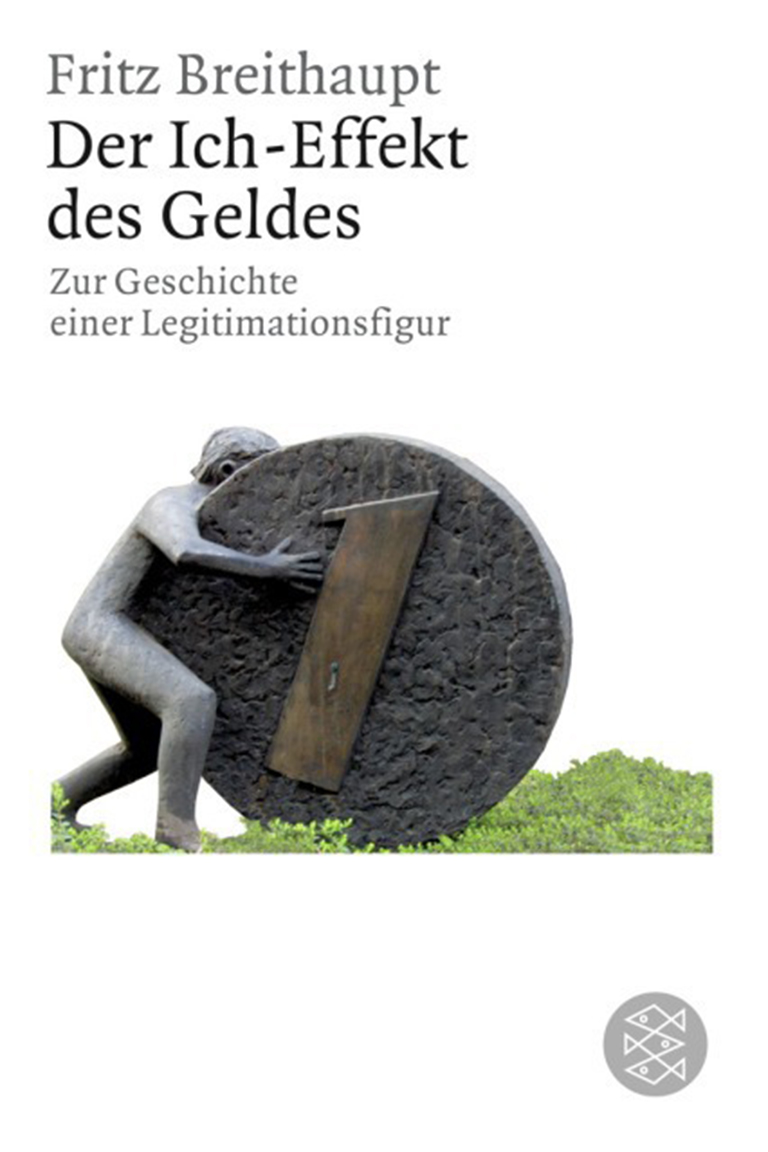 Fritz Breithaupt’s second book, Der Ich-Effekt des Geldes: Zur Geschichte einer Legitimationsfigur [The Ego-Effect of Money], was published by Fischer Verlag in August 2008 in paperback. Fritz' assumption is that certain concepts, such as "the self," only exist by exerting pressure on people to conform and to prove these concepts. The self, he suggests, became at some point in the eighteenth century an ego-compulsion, a compulsion to prove the self. In particular, the book examines the connection between the concepts of money and the self from the mid-eighteenth century to the present. It is during this period that concepts of both money and self are propelled into the center of many discourses and practices, and it is the assumption of his study that their rapid development can best be understood if they are seen in light of each other.

In short, the hypothesis is that both concepts help each other surpass their particular limitations: "money" enables the self to justify itself both formally and materially, and "the self" provides a site and the structure for accumulation. The book is organized by moments of crisis within the concepts of self and money. In fact, evidence for the hypothesis of a co-history can be adduced from the fact that these crises and re-articulations occur simultaneously and in a related manner in the years around the 1770s, 1797, 1848, 1871, 1900, 1919, 1955, and 1979.