The Art of Protest: From Heldenplatz to Hysteria 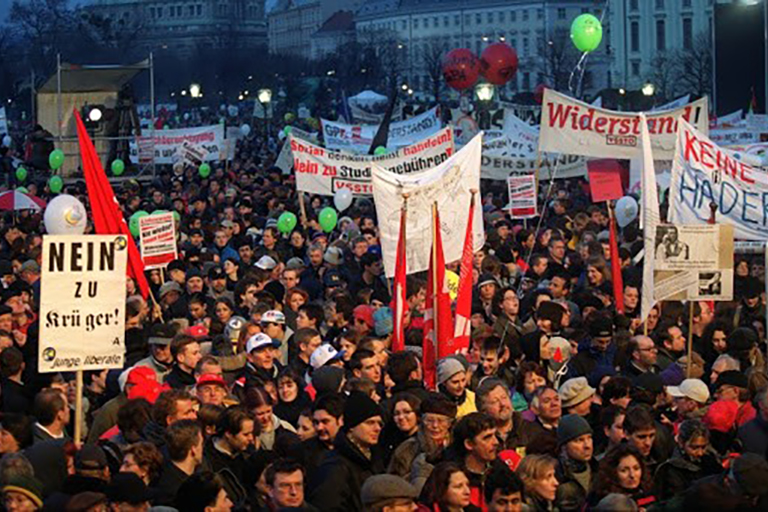 Topic: The Art of Protest: From Heldenplatz to Hysteria One of Austria¿s most recognized movies of the last years is The Waldheim Waltz (2018) by Ruth Beckermann. The fact that Austrian artists look back to the protests around the candidacy for presidency of Kurt Waldheim in 1985 not only reveals continuities of an Austrian attitude towards its National Socialist past, but points also towards its far-right present and future. In this course, we will engage with works that were a crucial part of these era. We will look at works that caused a broad discussion, protests, and parliamentary debates. The works we will explore challenged Austria to face a history of Nazi-Ideology and an uprising of the far-right at the turn of the century. In this class, we will discuss a broad range of works, from movies to performances, from literature to action art.

The full details of this course are available on the Office of the Registrar website.