My academic training includes a B.A. in Government from Harvard and a Ph.D. in Modern Thought and Literature from Stanford. Politics and modern thought (whatever that is) continue to inform my approach to 20th- and 21st-century arts and culture. To be less agnostic about what modern thought is, I would say it is a type of realism—in distinction not to a somehow unrealistic unmodern thought, but to the enormous pressure in modernity not to think at all. Thinking is another word for being realistic. While there is a beauty to being unthinking—and one focus of my research is on the sort of blissful behaviorism of being in synch with events ("to be is to be the value of a variable," as W. v. O. Quine once quipped)—there is no beauty to being unthinking without choice, without ever having paid the attention that is the hallmark of thought. My teaching and research come together around the proposition that paying attention to reality can be fostered. By the same token, even an expert in attentiveness (who knows not to begrudge him or herself the kindness of drifting off) cannot help but be an apprentice when it comes to the New.

My first book, The Skin of the System: On Germany's Socialist Modernity (Stanford UP, 2009) is about "really existing" socialism and what it is. If it is real, as I hold, then its achievement, beyond obvious failures of stagnation and dictatorship, is to keep open the prospect that global liberal modernity is just one modernity out of many. It isn't the utopian possibility of an alternative that interests me, but the force of its actuality. Not the freedoms of difference, but its demands are my theme. Through the prose of the literary loner Franz Fühmann, I consider what such actuality consists of, what made it distinct and specific on the one hand, and universal and generative on the other. Fühmann, who started his career as an SA member and enthusiastic Wehrmacht soldier, became a communist in a Soviet POW camp, and never gave up trying to understand what the substance of that transformation was, a transformation that somehow had to index his personal experiences to the global difference between fascism, liberalism and socialism.

What indexes my (or your) experiences in their humble pathos to great systems in which no affect can be said to inhere? That question of indexicality informs my current research for a book entitled, Out of All Scale. While the term indexicality might be obscure, the ideas at stake are as simple as reality itself. Is there such a thing as direct reference to the world, especially a world that is so much bigger than I am? Can art—often taken as fancy, imagination, and excess—ever serve as a vehicle for such direct reference? The literary focus of the book is on a range of authors from the quixotically servile (and thereby recalcitrant) Robert Walser ("I allow myself to be positively governed by freedom, so to speak oppressed by it, to be regulated by it in every imaginable way") to the inveterate baptizer Else Lasker-Schüler, who struggles to keep manifest the reason why things are named. Other authors (and filmmakers) with whom I'm concerned include Carl Einstein, Kurt Tucholsky, Egon Erwin Kisch, Arno Schmidt, Uwe Johnson, Joris Ivens, Chris Marker and the Brothers Quay. Theoretically, I aim to trace the idea of the index, from Aristotle through C. S. Peirce to John Perry, following its contrarieties as alternately a self-referential and an existential sign. My approach aims to build on work that the great semiotician Thomas Sebeok brought to IU.

Another book project, which I've deferred, but to which I plan to return before long, is entitled alternately, Red Poppy Suite or Political Junkies. As the titles indicate, it is about addiction (specifically to opiates) and political commitment, and follows the careers of Johannes R. Becher, Hans Fallada and Klaus Mann. While these writers have had their literary merits doubted (my favorite is Helen Watanabe O'Kelley's dismissal of Becher as the "McGonagall of Expressionism"), I cannot help but find the bizarre metabolism of life and work that they represent to be uniquely compelling. The research question here centers on the philosophical figure of akrasia (weakness of will in the face of better judgment), juxtaposing "a-cracy" to democracy and autocracy in an examination of the relationship of political ethics to aesthetics in the sense of illicit pleasure in perception. 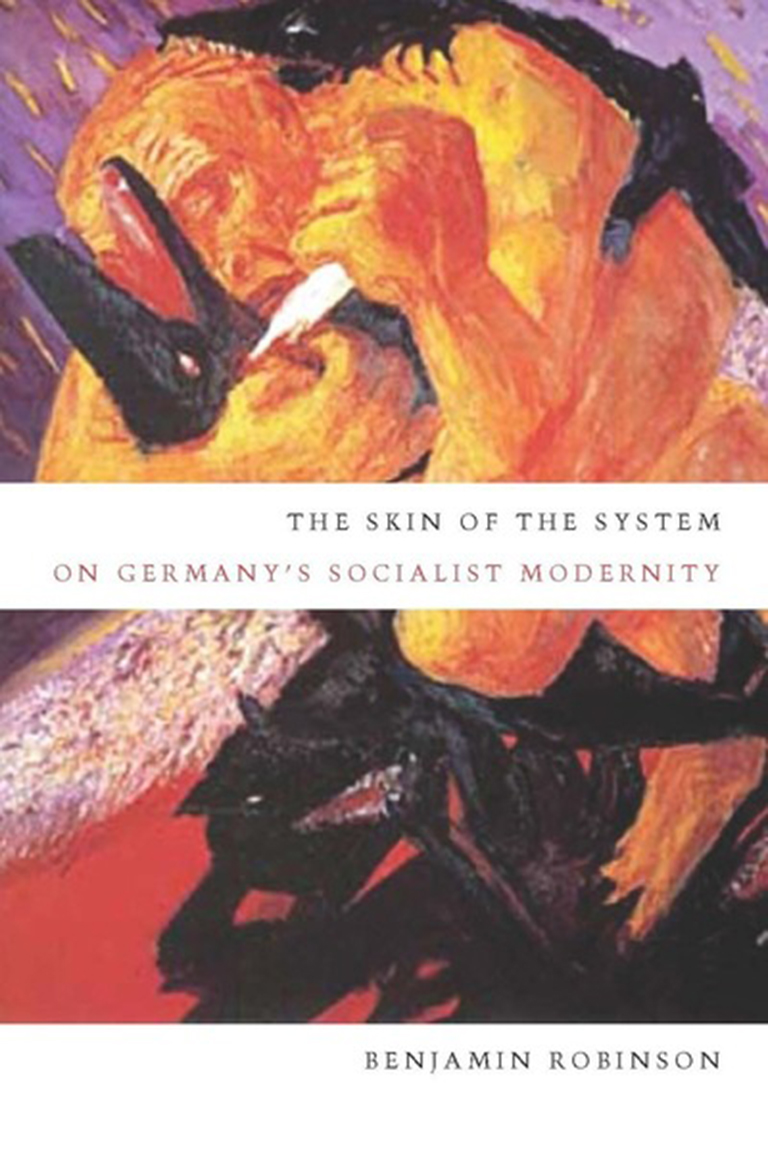 Skin of the System

I've taught undergraduate classes on German traffic and the Autobahn; on films and literature that fuse horror, humor, and nonsense; on 20th–century Robinson-Crusoe adventures; on elements of the German film tradition; and on socialism. In all my courses—whether introductions to contemporary cultural politics or investigations of genre—I work in a bracing dose of philosophy from Plato to Marx to Heidegger (my students learn what analytical topoi are and by the end of the semester have attached more than one Greek label to our conundrums, in addition to becoming conversant in various German terms of art). I treat the German language as a living medium, where no non-native speaker need pass as a native, but where we take pleasure in building and refining our linguistic resources. As teacher, I am always learning from my students, whose creative comments in class and blogs, wikis, papers, and forums never fail to surprise me (one student suggested a proof for the Riemann hypothesis while stranded on a desert isle… don't ask!)

In my graduate courses students work to develop distinct angles on periods (socialism between the Second International and fall of the Berlin Wall; the Weimar Republic; the GDR); or angles on theoretical questions over the modern period generally (what happens to the idea of progress in modernism? is there a modern ontological account of the artwork? what paradoxes of innovation and tradition beset the modernist canon? what does it mean for an artwork to be contemporary… and contemporary with what?)

As part of my teaching and research, I am a participant in and co-initiator of the nascent Center for Theoretical Studies in the Humanities at IU. Besides our interdisciplinary reading group with faculty and graduate students, where we have read Husserl, Bergson, Merleau-Ponty, Badiou, Deleuze, Plato, Heidegger, Rancière, and others, we have organized symposia with prominent exponents of the theoretical dimensions of the humanities, including Alain Badiou, Bruno Bosteels and Ken Reinhard.